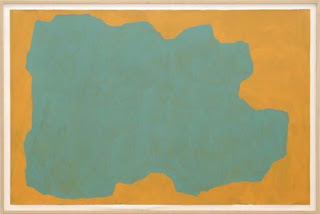 The world’s first stock exchange for art opens in Paris on 3 January 2011.

Art Exchange will sell shares in contemporary works of art for a minimum of €10(£8.50) and provide an electronic marketplace for trading the shares in the same way as stocks and commodities. Art Exchange says it will be completely transparent, with potential investors able to watch the price of shares fluctuate online.


This piece by Sol LeWitt (Irregular Form") is one of the first artists on the Exchange.
There is still the possibility for owning a work of art outright and once an investor has acquired 80% of a work of art, they are automatically given an option to purchase the remaining 20%.

A&F Markets, the company behind Art Exchange claims that it “offers a simple, clear and familiar model through which other economic players can invest in art.” However, many people, particularly in France, are less than keen at the prospect of art being treated in the same way as oil, gas and equities.

Pierre Naquin, the 26 year old behind the exchange, who has been reported as stating that France must overcome its “psychological barrier” to the scheme. He has pointed out that in English speaking countries art is increasingly seen as a financial asset in addition to offering aesthetic pleasure.

The project is starting with six works provided by various Paris galleries and worth at least €100,000 each. The art market has remained relatively steady throughout the financial turbulence, however, like all tradeable property its value can increase and decrease, often quite spectacularly. For instance, one of Jeff Koons’ pieces recently lost €7.5 million in value, it resold at a mere €12 million.