As always, with the start of a new year many works of art lose their copyright protection. This blog is dedicated to the artists who died in 1940 and their now copyright free art. If you know of any artists we have overlooked, please let us know using the comments section below.

was an American architect who worked in both the Shingle Style, in which he was a major innovator, and the Colonial Revival style. He designed more than 1,000 buildings in the state of Maine and several others throughout the world, including various features of this church. 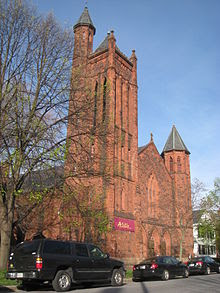 was a pioneer of modern Croatian sculpture and one of the initiators and organizers of artistic life in Zagreb at the turn of the century.

was a Soviet journalist, playwright, and short story writer acclaimed as "the greatest prose writer of Russian Jewry.” Despite being an enthusiastic and loyal Communist, Isaac Babel was arrested, tortured and executed during Stalin's Great Purge.

was an American marine painter. He was renowned for his images of the coast and sea. Seeing and understanding movement was fundamental to his art and teaching, and is reflected in his own maxim: “Paint in verbs, not nouns.” Woodbury had over 100 solo exhibitions throughout his career, and his work can be found in many of America’s most prestigious art galleries including the Met in New York.

was a renowned Swiss artist who died in 1940 of scleroderma, a disease which is generally acknowledged to have strongly influenced his creative art. Klee has been associated with Expressionism, Cubism, Futurism, Surrealism, and Abstraction. His pictures such as this one of a cat 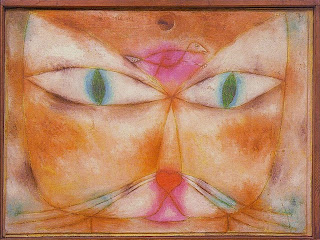 are difficult to classify. He generally worked in isolation from his peers, and interpreted new art trends in his own way. He was inventive in his methods and technique. Klee worked in many media including oil paint, watercolour, ink, pastel, etching and others. He often combined them into one work. He used canvas, burlap, muslin, linen, gauze, cardboard, metal foils, fabric, wallpaper, and newsprint.

dabbled in various artistic design enterprises particularly in applied arts, including constructing typefaces, ceramics, and magazine covers. In 1907, the German company Allgemeine Elektricitäts-Gessellschaft (AEG) hired Behrens as a consultant. In an early form of marketing, he transformed the company's image and created, arguably the first, corporate identity. He designed the AEG trade mark, stationery and catalogues, as well a certain products for the company. Whilst his copyright no longer has any intellectual property rights, any trade marks which remain on the register can be protected almost indefinitely so long as the registrations are maintained.
Posted by Rosie Burbidge at 00:01:00