When is a photo not a photo? 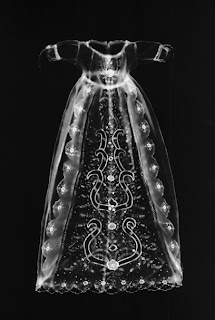 Last Friday took me to the V&A’s Friday Late which was dedicated to their current exhibition – Shadow Catchers or Camera-less photography. It was the usual fun and fascinating evening that I have come to expect from Friday Lates including a Q&A with Martin Barnes, curator of photography at the V&A.

The world of photography has transformed in the last ten years. The advent of digital photography and, in particular, the fact that most mobile phones now include a digital camera, means that millions more photos enter the world on a daily basis (although few of these photos are ultimately printed).

The concept of digital photography was, to my knowledge, not even conceived when the Copyright Designs and Patents Act was drafted yet the definition was cleverly crafted to include all possible variants:

a recording of light or other radiation

on any medium on which an image is produced or

from which an image may by any means be produced

and which is not part of a film.

A little long winded perhaps. Almost poetic. It covers all the images in the exhibition and elsewhere in the gallery. Even those the photographic community would not necessarily deem a photograph such as an x-ray of a jacket or the heat impression from some lace gloves on chemically treated paper. It is worth remembering that what we consider to be a sculpture, building, photograph etc may not necessarily marry up with what the stereotype associated with that word conjures up.

I tried and failed to think of an example of something we might consider to be a photograph but fails to fall within the CDPA definition. If any readers have any good examples, please comment below.

Email ThisBlogThis!Share to TwitterShare to FacebookShare to Pinterest
Labels: digital, photograph, V and A