The results are in

In summary, over the Spending Review period, the outcome for the DCMS is as follows:

The DCMS settlement also includes provision for the 2012 Olympic and Paralympic Games by maintaining a public sector funding package of a staggering £9.3 billion. 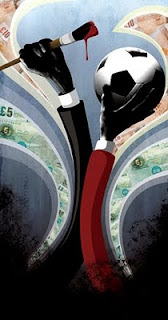 Art vs Sport? – apparently, the choice has been made for us.