News today that the senior judges of the new Commercial Court will be appealing to City organisations to donate works of art to decorate the new court building.

The original plan had been to spend £300,000 commissioning works of art. However, the judiciary is keen to be seen as responsive to the economic downturn and the need to make budget cuts. It is also mindful that in the current climate it would not been appropriate to make such a large outlay on the aesthetics of the court buildings. Indeed, the cost cutting initiative will allegedly also see judges bringing in some of their own furniture when they move into their new lodgings next year.

Mrs Justice Gloster as judge in charge of the commercial court has said that the court plans to ask for art from neutral organisation, rather than law firms whose partners may be appearing in cases before the court. She notes that the court’s priority is to display interesting works, but that “It’s not going to be Rembrandts or Picassos, I can tell you that.” 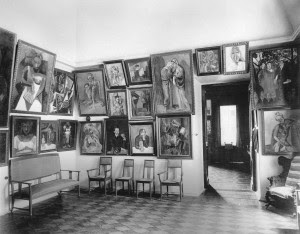