Art sales in the recession

Thinking of selling some art as a quick way of raising some capital to make ends meet? Think again if you are a US art gallery and member of the Association of Art Museum Directors (AAMD).

In 2008, the National Academy Museum in New York sold two of its paintings in order to be able to pay its bills. The sale of Frederic Edwin Church’s “Scene on the Magdalene” and Sanford Robinson Gifford’s “Mount Mansfield, Vermont” raised a total of $13.5 million. 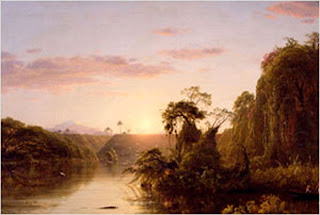 Although this might seem reasonable, since the Academy has more than 7000 artworks and was struggling financially with the economic downturn, the result was that the AAMD imposed sanctions on the Academy for violation of its Code of Ethics.

Among other things, the Code of Ethics provides that:

“A museum director shall not dispose of accessioned works of art in order to provide funds for purposes other than acquisitions of works of art for the collection.”

“AAMD members who violate this code of ethics will be subject to discipline by reprimand, suspension, or expulsion from the Association. Infractions by any art museum may expose that institution to sanctions, such as suspension of loans and shared exhibitions by AAMD members.”

The Academy’s actions were clearly in breach of the Code. The AAMD president, Kaywin Feldman, stating that:

“The National Academy’s actions violated one of our most core beliefs: that the collection is sacred and not a fungible asset … We thought it was very important to make that statement, that they had acted improperly, and that AAMD as an organization did not condone that behaviour. And we also wanted to see positive change for the organization.”

Thus, sanctions were imposed which reflected those envisaged in the Code, namely, the Academy was banned from loans from and program collaborations with the AAMD’s other members.

Those sanctions were finally lifted this month, almost two years later, but it seems that the effects were quite severe. This was confirmed by the Academy’s director, Carmine Branagan, who stated:

However, though the Academy might have learnt its lesson, it is still not completely in the clear. Although voting to suspend the sanctions, the AAMD’s board also voted to establish a five-year probation period during which it will review the Academy’s progress. It is expected that the Academy will toe the AAMD line from now on.