For those of you who were unable to attend our Red Bus event last week, William Corbett, an associate at Simmons & Simmons, has kindly prepared this guest posting to recap the event.

The evening began with Michael Edenborough QC recapping the facts of the dispute.  Michael (who acted for the claimant) started by noting that there had been more than one judgment involving the same parties.  The defendants accepted liability in relation to the claimant's initial claim for copyright infringement; but the Court was required to resolve the issue of damages.  The main case concerned an attempt by the defendants to create a work that did not infringe the claimant's copyright in a photograph showing a red bus crossing Westminster Bridge (claimant’s photo on top; defendants’ photo below): 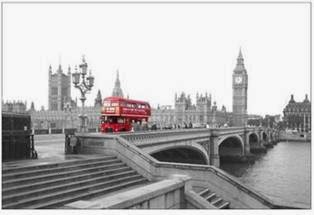 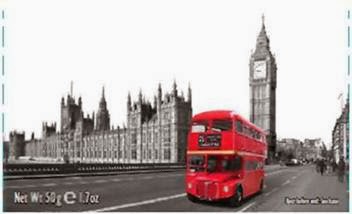 Michael highlighted that the claimant had taken a photo in real life (i.e. the photographer had waited for the bus to cross the bridge).  The idea of a red subject against a greyscale background had come from the film Schindler's List.  The claimant had also manipulated the photo in ways beyond the obvious colour changes, e.g. the sky had been cut out and elements such as people and parts of the foreground removed.

Michael listed similarities between the photos and argued that the defendants had taken the essence of the claimant's photo.

Three issues will be relevant to every copyright case: (i) originality (ii) derivation (iii) substantial part.  The first issue was not really disputed: the claimant’s photo attracted copyright protection.  The claimant had discretion in several respects: (a) technical issues such as exposure etc (b) composition i.e. choosing the scene to be photographed (c) the precise details deriving from being in the right place at the right time (d) digital manipulation of the photograph.  While the subject matter of the defendants’ photo was not unusual (the Routemaster bus and Houses of Parliament being iconic symbols of London), the Court found that the defendants’ photo was derived from the claimant’s photo.  In relation to the third issue, HHJ Birss QC (as he was then) admitted that he had not found this to be an easy question, but ultimately held for the claimant.

After the judgment was handed down in draft the parties disputed whether a portrait version of the defendants’ photo infringed.  The Court held that the portrait version still reproduced a substantial part of the claimant’s photo and hence it too infringed.

David Stone of Simmons & Simmons then commented on the case.  The judgment acknowledges the defendants’ argument that the claimant couldn’t have a monopoly in a black and white image of the Houses of Parliament with a red bus in it.  However, the Court did in effect enforce such a monopoly.  David highlighted visual differences between the photos, e.g. the defendants’ photo barely shows the bridge or the river.  David queried how far the court had been influenced by the defendants’ previous admission of copyright infringement and referred to the German concept of ‘salami slicing’.  That concept provides that an infringer cannot avoid infringement by making small incremental changes until they just avoid infringement: in such a case the infringer would have to make a bigger change than someone who had not previously infringed.

Rachel Buker then provided a US perspective on the case.  Rachel considered that the claimant would have been unlikely to succeed in the US due to the US Courts’ strict application of the idea/expression distinction.  This principle is well demonstrated by Kerr v. New Yorker Magazine (63 F. Supp. 2d 320 - (SDNY 1999)), which concerned an image of a man’s head in profile with a Mohawk haircut forming the silhouette of the Manhattan skyline.  In that case the US Court held that even if the defendant had taken the claimant’s idea they had not copied his expression of that idea. 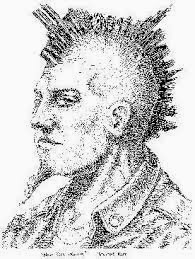 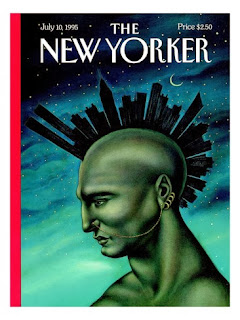 Richard Davis (who acted for the defendants) was in the audience and provided some thoughts.  First, the claimant had effectively urged the Court to treat the copyright work as a patent claim (see paragraph 61 of the judgment).  Copyright cases should not be decided like patent cases.  Second, the defendants had initially appealed the judgment and been granted leave to appeal by the Court of Appeal, but the appeal was later withdrawn.  Had the Court of Appeal had a chance to consider the case they could have taken one of two approaches: (i) dismiss the outcome and re-do the legal analysis accordingly (ii) hold that absent any obvious error of fact or law the judgment could not be questioned.

The evening concluded with an interesting debate about the scope of copyright protection in photographs.  Issues included the relevance or otherwise of artistic merit, the amount of effort expended by the claimant and the defendant in creating their photos, the commercial success of a work and what must be appropriated in order for infringement to be found (e.g. the claimant’s skill and labour or essential parts of visual appearance).  Readers may wish to consider the following expression of an abstract idea: 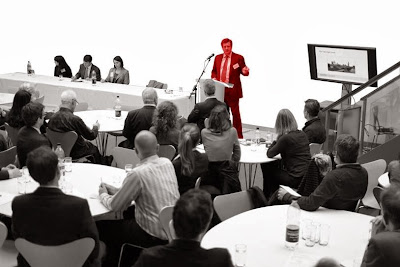 Again, we'd like to thank all those who attended and Simmons & Simmons for hosting and providing a tour of the firm's fantastic art collection.  Also thanks to William for this entry.  We truly appreciate it.