The 32-page US ruling on Louboutin's red sole trade mark (here) has been awaited with excitement and trepidation on both sides of the Atlantic.  Here, in a helpful explanatory note, Christopher Pett takes us through the highways and byways of US trade mark law, contrasting the position with that of the European Union and also pointing to a remarkable (and in my opinion totally irrelevant) comparison between the use of colour by painters.  Writes Christopher: 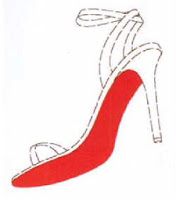 "In a decision which, if maintained, could have quite far-reaching consequences for the fashion industry in the USA, and possibly elsewhere, a US District judge has effectively ruled Louboutin's trade mark of the colour red as applied to the soles of shoes invalid.

Louboutin had sued Yves Saint Laurent (YSL) for infringement of its US trade mark No. 3361597, comprising "a lacquered red sole on footwear" granted for ladies' high fashion designer footwear. YSL had recently been marketing, inter alia, a range of all-red footwear. Louboutin had requested a preliminary injunction and it was in the decision in relation to this that the judge's feelings became clear.

The judge would appear something of an aesthete. Despite enthusing about the nature of Louboutin's contribution to fashion, in a judgement full of literary and artistic references he effectively decided that, in the world of fashion, in which colour plays such a vital role, the monopoly of an individual colour was not what the Lanham Act (the U.S. trade mark law) was expected to contemplate. On the basis that he did not believe that Louboutin possessed a protectable mark, injunctive relief was denied. A case conference shortly will decide whether the mark should be cancelled.

Does his judgment fly in the face of the facts? How did he reach it and how does it sit with the law in other jurisdictions?

U.S law does allow registration of colour alone as a trade mark where this has achieved a 'secondary meaning', though it is not protectable where it is functional (the Qualitex case). The judge appeared to accept that Louboutin's red soles were widely recognised but went out of his way to distinguish fashion products from other industrial products. He referred to only colour patterns or combinations as having been protected as trade marks in relation to fashion articles whereas single colours as applied to industrial (non-fashion) articles could be acceptable.

By using an analogy with shades of colour used in painting [cited in full below], he believed colour played a unique role, a feature given to an article of art or design to depict the idea the creator intended. "No-one would argue that a painter should be barred from employing a colour intended to convey a basic concept because another painter .. .also staked out a claim to it as a trade mark in that context. If.....this proposition holds as applied to high art, it should extend ....to high fashion. The law should not countenance restraints that would interfere with creativity and stifle competition."

He also took the view that the red colour had a functionality. He referred to Christian Louboutin as having admitted choosing the colour to give his styles energy and engagement and referred to the coloured outsole in an unexpected colour as being "decorative, an object of beauty. To attract, to reference, to stand out, to blend in, to beautify, to endow with sex appeal - all comprise non-trademark functions of colour in fashion."

In another twist, he included the additional cost factor in producing the red lacquered finish in his reasoning as to why the colour was functional -- "because it makes the final creation that much more exclusive, and costly."

So we have a conflict. The evidence on one hand through which the US registration (and more recently CTM allowance) was obtained and which suggests that a significant proportion of the relevant public associates red outsoles on ladies' high-heeled shoes only with Louboutin, i.e. alleged de facto distinctiveness, and the public interest, as articulated by the judge, suggesting that in the artistic and high-fashion worlds, a monopoly on individual colours can never be justified.

It is fair to say that the U.S registration, one of the first applied for by Louboutin in 2007, could have been more clearly drafted. The judge picked up on the lack of clarity in trade mark terms of the words 'lacquered' and 'red', it having been commonplace for some years to define colours when used in trade marks by reference to established standards such as the Pantone scale. Attempts by Louboutin's counsel to imply restrictions on these terms were waved away. Further, the registration covered all ladies' footwear generally, rather than just the high-heeled footwear on which the mark is particularly known. References by Louboutin's counsel to allowances of the same mark in the UK and EU - most particularly a recent successful appeal decision in OHIM - were also not persuasive. Both these marks define the 'red' colour by reference to the Pantone scale and the CTM is also limited to high-heeled shoes.

There are other factors. In their defence, YSL referred to red outsoles as having previously been known to the public through shoes worn by characters as diverse as Louis XIV of France and Dorothy in the Wizard of Oz (though neither of these styles was especially high-heeled)! More particularly, it appears that YSL themselves had earlier sold styles of footwear with red soles in the contemporary market (though whether these had preceded Louboutin's commercialisation is not clear). In the US and UK, it is a general principle of intellectual property law that no newly granted monopoly should be able to prevent a third party from doing lawfully what he was doing before the monopoly was granted, so to that extent the effect of the decision might be seen as correct even if the rationale might not have been what was expected.

What would be the position in Europe? The Louboutin CTM No. 8845539 is more specifically defined than its US predecessor and has been allowed, but is under opposition on the basis of alleged earlier rights. This will not test the inherent allowability of the mark under the absolute grounds of Art. 7 of the Regulation. The law on colour marks throughout the EU rests on the 2003 decision of the European Court of Justice in Case C-104/01 Libertel which made clear the allowability of colour marks in principle but said that all surrounding circumstances, including "whether registration would run counter to the general interest in not unduly limiting the availability of colours for the other operators who offer for sale goods of the same type as those in respect of which registration is sought." have to be considered. No distinction between the fashion and other industries has yet been drawn so the door for someone to try this remains open. Whether anyone will try to walk through it in Louboutin shoes remains to be seen".

The full passage referred to above runs like this (at pages 13-14):


"The narrow question presented here is whether the Lanham Act extends protection to a trademark composed of a single color used as an expressive and defining quality of an article of wear produced in the fashion industry. In other words, the Court must decide whether there is something unique about the fashion world that militates against extending trademark protection to a single color, although such registrations have sometimes been upheld in other industries. 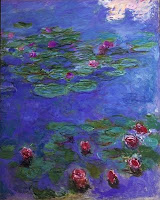 To answer this question, and recognizing the fanciful business from which this lawsuit arises, the Court begins with a fanciful hypothetical. Suppose that Monet, having just painted his water lilies, encounters a legal challenge from Picasso, who seeks by injunction to bar display or sale of those works. In his complaint, Picasso alleges that Monet, in depicting the color of water, used a distinctive indigo that Picasso claims was the same or too close to the exquisite shade that Picasso declares is “the color of melancholy,” the hallmark of his Blue Period, and is the one Picasso applied in his images of water in paintings of that collection. By virtue of his longstanding prior use of that unique tinge of blue in context, affirmed by its registration by the trademark office, Picasso asserts exclusive ownership of the specific tone to portray that color of water in canvas painting. Should a court grant Picasso relief?"

Christopher is a consultant with Dehns; he has been practising as a patent and trade mark attorney in the United Kingdom for more than three decades.


If you want to know more about this case, don't forget to register for the Handbags at Dawn IP and Fashion conference, supported by Art & Artifice, which takes place on 22 September 2011
Posted by Jeremy at 15:28:00

Email ThisBlogThis!Share to TwitterShare to FacebookShare to Pinterest
Labels: colour, US trademark law