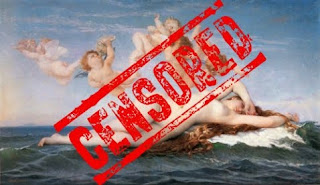 Further to my post here, I have had some very interesting responses. The first provided me with the chance to meet up with one of the Aussie experts on classification, who had testified at the Parliamentary Committee hearing and provided a submission to the Australian Law Reform Commission (ALRC), and who happened to be over in London last week visiting from the University of Canberra. We had a great lunch and I was able to learn a whole lot more about the classification debate currently taking place in Australia than is available on Google (which is probably another first).

Now, another expert, Robyn Ayres, the Executive Director of the Arts Law Centre of Australia (Arts Law), has sent me some more information to share. Robyn notes:

The Arts Law, the national community legal centre for the arts, made a submission and gave evidence to the Senate Inquiry into the National Classification Scheme (NCS). As reported by Simone, the Senate Committee handed down its report on 30 June 2011 and the final report can be accessed here. It is noted that the Senate Inquiry was chaired by former liberal senator, Guy Barnett, a religious conservative, and the grab bag of issues canvassed were of particular concern to those holding similar political and social views as the Chair. See Arts Law’s summary of the Senate Report here.

Whilst the Senate Inquiry was underway, the Australian Attorney General, Robert McClelland, asked the ALRC to inquire more broadly into the NCS especially in view of the many technological developments, particularly convergence issues, and adult-themed computer games, which have emerged since 1995 when the NCS was established. No doubt the recent controversies in Australia concerning the appearance of naked or semi-naked children in art (notably the Bill Henson photography exhibition in 2008) also formed part of the background to the ALRC reference. The ALRC issues paper took a more comprehensive and systematic approach to how the classification and censorship systems should work in Australia.

Submissions to the ALRC inquiry closed on 15 July 2011. Arts Law’s submission, which was widely supported by the Australian arts community, suggested that the Australian Government needs to take a more realistic approach to classification and censorship in the digital age, that it was unnecessary to classify the visual arts and the current NCS which theoretically applies to moving image art (as film), should also be exempted from the classification system. Arts Law also emphasized the importance of retaining ‘artistic merit’ as a factor to be considered classifying work, particularly for the R18+ rating, in view of the right to freedom of expression and the underlying principle that adults should be free to read see and hear what they choose. This principle should only be subject to prohibiting access to illegal content eg child pornography. The ALRC is due to report 30 January 2012.

So it seems that unfortunately this issue is not going to be resolved any time soon. But I will certainly be watching the debate as it develops from now. Thanks to all for their help.