US Supreme Court votes that video games are art

In another interesting decision, the US Supreme Court has ruled that video games are entitled to the same protection under the US Constitution as movies, novels, artworks and other forms of expression.
The case stemmed from the introduction of a law in California which sought to restrict the sale or rental of violent video games to minors. The case was, unsurprisingly, brought by the Entertainment Merchants Association. The basis for the claim: the law violated the First Amendment since video game were art and should have the same First Amendment rights books or movies. 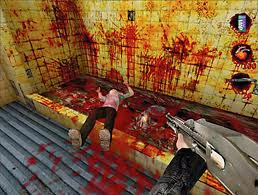 Art?
The Supreme Court agreed. In summary, it held that:

The California law did not accord with the First Amendment as video games qualify for First Amendment protection because, like protected books, plays, and movies, they communicate ideas through familiar literary devices and features distinctive to the medium and “the basic principles of freedom of speech . . . do not vary” with a new and different communication medium.

The basic principle that the government lacks the power to restrict expression because of its message, ideas, subject matter, or content is subject to a few limited exceptions for historically unprotected speech, such as obscenity, incitement, and fighting words. But that a legislature cannot create new categories of unprotected speech simply by weighing the value of a particular category against its social costs and then punishing it if it fails the test.

California’s law did not adjust the boundaries of an existing category of unprotected speech to ensure that a definition designed for adults is not uncritically applied to children. Instead, the State wished to create a wholly new category of content-based regulation that was permissible only for speech directed at children. That was unprecedented and mistaken. The US had no tradition of specially restricting children’s access to depictions of violence, and thus California’s claim that “interactive” video games presented special problems, in that the player participated in the violent action on screen and determined its outcome, was unpersuasive.
Because the law imposed a restriction on the content of protected speech, it was invalid unless California could demonstrate that it passed strict scrutiny, i.e., it was justified by a compelling government interest and was narrowly drawn to serve that interest. California could not meet that standard. Psychological studies which purported to show a connection between exposure to violent video games and harmful effects on children did not prove that such exposure caused minors to act aggressively. Any demonstrated effects were both small and indistinguishable from effects produced by other media. Since California has not restricted those other media, e.g., Saturday morning cartoons, its video-game regulation was wildly underinclusive, and raised serious doubts as to whether the State was pursuing the interest it invoked or was instead disfavoring a particular speaker or viewpoint. California also could not show that the law restrictions met the alleged substantial need of parents who wished to restrict their children’s access to violent videos. In any case, the video-game industry’s voluntary rating system already accomplished that to a large extent. Moreover, as a means of assisting parents the law was greatly overinclusive, since not all of the children who are prohibited from purchasing violent video games have parents who disapprove of their doing so. For all these reasons, the law could not satisfy strict scrutiny.

I think my favourite part of that ruling is: “This country has no tradition of specially restricting children’s access to depictions of violence” – which leads to the obvious conclusion that the law is unconstitutional as a restriction on free speech

For all the gory details of the decision see here.
Posted by Simone at 22:15:00

Email ThisBlogThis!Share to TwitterShare to FacebookShare to Pinterest
Labels: Supreme Court, US, US Constitution