Don’t Mess with My Sculpture! Visual Artists Rights in Action 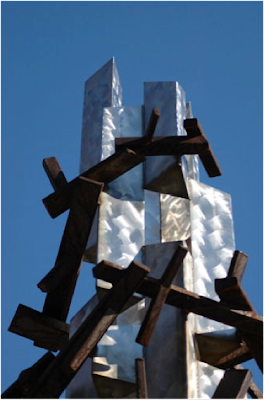 In July 2010, the New Jersey artist David Ascalon started a lawsuit against the Jewish Federation of Greater Harrisburg on the basis that his rights under the US federal Visual Artists Rights Act 1990 (VARA) had been violated in relation to a Holocaust Memorial on the banks of the Susquehanna River in Harrisburg, Pennsylvania’s state capital, which was installed in 1994.

VARA is effectively the US equivalent of moral rights and limits how a work of art may be disposed of or altered. These rights are unaffected by sale of the physical work of art or assignment of the copyright in the work. In other words, even though David Ascalon had sold the memorial to the Jewish Federation, he still retained certain rights in respect of how the Jewish Federation could use the sculpture.

The artist claimed that his rights were violated by the removal of his name from the sculpture’s base and the restoration of a decaying element of the original sculpture in which a rust-colored “barbed wire” serpentine element was replaced with stainless steel. After what was described in the press release as “several months of amicable negotiations among the parties” the parties reached a settlement on 7 February 2011 which includes providing David Ascalon with access to the sculpture to remake the “barbed wire” element and the restoration of his name to the sculpture. 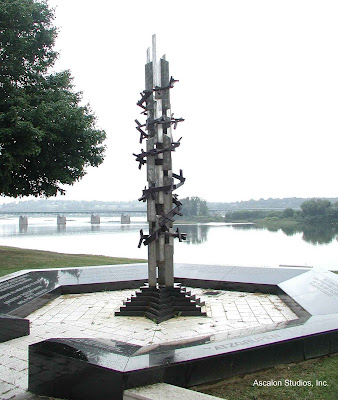 This case offers an important reminder to arts owners that just because you own the physical work of art does not necessarily mean that the work is entirely yours to do whatever you choose. 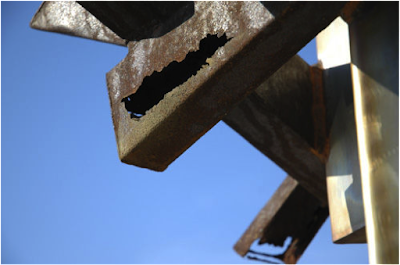 For images of what the sculpture looked like before and after, see here.
To read the original complaint, click here.
Posted by Rosie Burbidge at 22:59:00