The Welfenschatz: will the US court take jurisdiction -- and will it make any difference?

Here's a post composed by Kevin Winters, an enthusiastic member of the Scottish IP community and something of a guest blogger on the IPKat.  It addresses yet another art ownership claim arising from Europe's tragic mid-20th century history. Let Kevin explain in his own words:

Last month, a complaint was submitted to the Washington courts, arguing that the surviving heirs of a Jewish consortium of art dealers should be allowed to recover a treasure trove that was sold in Germany over 70 years ago. While many in the art world will be familiar with the story of the Guelph Treasure, or ‘Welfenschatz’, a brief overview is called for as the facts of the dispute are complicated.

What is the background?

As the Guardian recently reported here, the Welfenschatz is one of the largest collections of medieval religious works that the world has ever seen. Most of the collection was amassed following work on the Braunschweig cathedral, and many of the artefacts are known to be at least 800 years old.  The history of this treasure trove is intertwined with one of the darkest phases in European history. 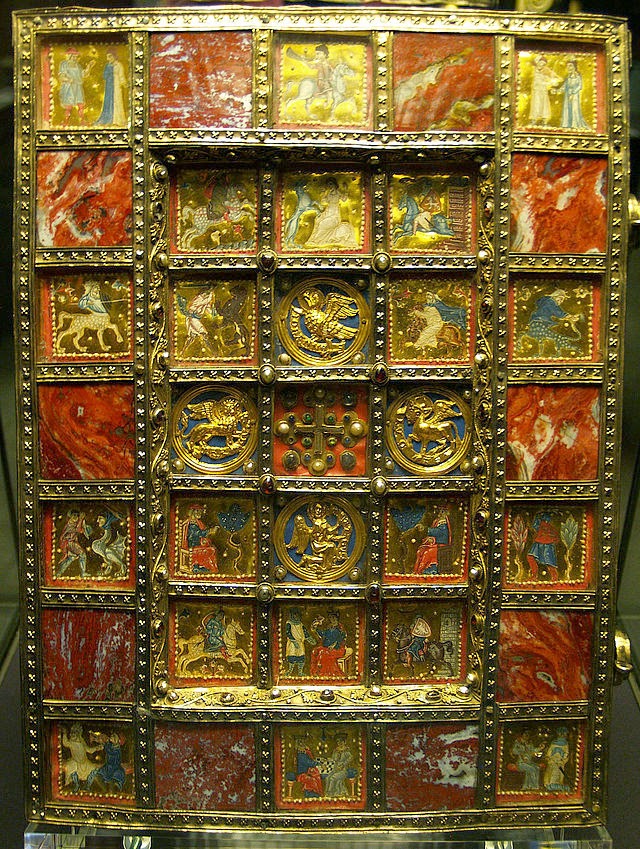 The Welfenschatz eventually came into the possession of a consortium of Jewish art traders, when they purchased it from an aristocrat in 1929.  Difficulties arose with the onset of the Great Depression, meaning that the consortium was unable to sell the collection as quickly as they would otherwise have expected.  The facts, as they are reported, are that at some point in 1935 the consortium sold the remainder of the collection to the German state of Prussia.  By this time, Germany was under the rule of Adolf Hitler and the Nazi regime – Prussia itself was governed by a leading figure in the Nazi regime, Herman Göring.

What is the dispute?

The surviving heirs of the Jewish consortium, one American and one British citizen, claim that the sale of the treasure – currently estimated to be worth US$226 million – was illegitimate, owing to the presence of duress on the part of the Nazi regime resulting in an unfair price being paid.  The collection is currently housed in the Bode museum in Berlin.

This dispute has already been brought before the municipal authority in Germany that are responsible for the administration of all German museums, the Prussian Cultural Heritage Foundation.  The complaint was subsequently passed to the German ‘Advisory Commission in connection with the return of Nazi-confiscated art, especially Jewish property’, for a non-binding recommendation on the dispute.  Both the Foundation and the Commission, having applied the applicable law and the ‘Washington Principles’ (a set of guidelines relevant to claims regarding Nazi-confiscated art that was agreed in the Washington Conference on Holocaust-Era Assets in 1988) found that there was no legitimacy to the heirs’ claim. The press release from the Foundation is available here, and the decision of the Advisory Commission (in German) is available here.

While the Heritage Foundation is the responsibility of the German Federal Government and the German states, it cannot be described as a judicial body.  The Advisory Commission on the other hand was created with the express purpose to hear cases of disputes concerning the seizure of cultural property during the Nazi regime.  While the Commission’s recommendations are non-binding, they do tend to be respected by other bodies, as reported here.

The dispute has since been brought to the US against both the Federal Republic of Germany and the Prussian Cultural Foundation.  The complaint lodged with the court in Washington is available here.

The claim is currently before the Washington courts.  The German authorities have recently recognised the collection as a piece of immense cultural importance, meaning that it cannot leave the country without the permission of the German culture minister – as was reported here.


The German state is linked to the Foundation through the membership of its controlling body, which is composed of German Federal Government representatives, and through its being a creation of German law.  Legal representatives of the surviving heirs have argued that the activities of the Prussian Cultural Heritage Foundation, in partnership with many American museums – the loaning of collections of art, publishing of books for sale etc – meets the commercial exception.  As  yet, neither Germany nor the Foundation has entered a defence.

The difficulty with this claim -– should the US courts decide to hear it -– is that there does not appear to be any new evidence to  hear.  The German authorities found that there was no historical evidence of a forced sale of the treasure as a result of Nazi persecution, and the US courts will presumably hear the same evidence that was the subject of the Association’s decision.  One does wonder how different any decision of the US courts would be compared to that of the German authorities, on the same evidence.

The Guelph Treasure is one of the largest collections of religious works to have been reported in recent history.  How will the US courts approach the issue of jurisdiction, and will their decision add anything to the debate about how courts handle similar claims in the future? It is not merely the Guelph Treasure but the methodology for determining the validity of historical claims that is at stake.