The Arts Council England (ACE), through its Accreditation Scheme, sets nationally agreed standards for museums in the UK.

According to the ACE:


"Accreditation is the UK standard for museums and galleries. It defines good practice and identifies agreed standards, thereby encouraging development. It is a baseline quality standard that helps guide museums to be the best they can be, for current and future users."

"Accreditation enables museums and governing bodies to assess their current performance, and it supports them in planning and developing their services."

Unfortunately for two local museums, it seems that they were not up to standard. At the beginning of this month, the ACE stripped both the Northampton Museum and Art Gallery and the Abington Park Museum of their Accreditation

Northampton Borough Council controversially sold the statue for £15.8m at auction last month and will take home £8m of the proceeds. The remaining share will go to Lord Northampton, whose ancestors donated the statue to the museum. 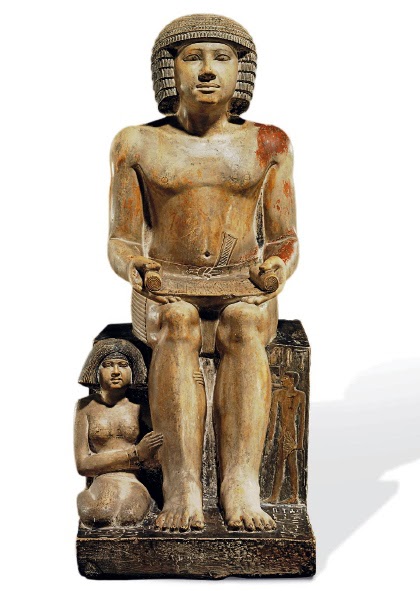 Following a hearing last week, the arts council’s Accreditation panel found that the process leading up to the sale and the sale itself were in contravention of the Accreditation standard.

In a statement today, the arts council said: “As a result of this non-compliance the two museums managed by Northampton Borough Council, Northampton Museum and Art Gallery and Abington Park Museum, have been removed from the Accreditation scheme, effective as of 1 August 2014, and excluded from future participation for a minimum period of five years, until at least August 2019.”

It is reported that the museums were warned that sale of the statue could lead to them losing their Accreditation status. There were also protests outside Christie's prior to the sale calling for the statue to be returned to Egypt if the Council did not want it. Nevertheless, they went ahead and sold it.

The loss of the ACE Accreditation is likely to affect the museums' ability to apply for future grants and funding. It remains to be seen whether it was worth it.