In a recent decision of the United States Court of Appeals Second Circuit, another innocent buyer of a stolen painting has had to forfeit the work to the original owner from whom the work was stolen.

The painting in question is “Le Marché,” by Camille Pissarro, which was one of two paintings stolen from the Musée Faure in Aix–les–Bains, France on November 16, 1981. 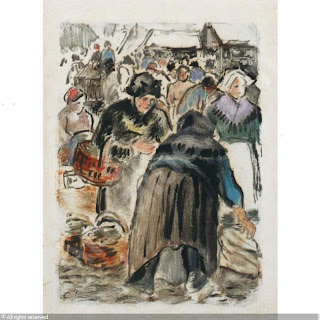 By way of background, in 1985, the claimant/appellant, Sharyl R. Davis purchased the painting at fair market value from J. Adelman Antiques and Art Gallery, to whom the thief had consigned the work, unaware that it had been stolen, and it was only twenty years later, when Davis consigned the work to Sotheby's for sale at auction that the painting's provenance came to light. At this point, the French police became aware of the impending sale and informed US law enforcement officials that the painting had been stolen twenty-two years earlier. The US Department of Homeland Security thus requested that Sotheby's withdraw the painting from auction, and following the compilation of evidence to substantiate the theft, the US government filed a complaint in the Southern District of New York in November 2006 seeking forfeiture of the painting in order to return the work to France.

On 19 January 2010, the district court gave its judgment in favour of the US government and ordered forfeiture. Davis appealed and the 2nd US Circuit Court of Appeals was required to hear the matter. Davis argued that the government had failed to demonstrate probable cause under the applicable US law, namely, 19 U.S.C. § 1595a and the National Stolen Property Act.

Under section 1595a, merchandise “introduced into the United States contrary to law,” may be subject to forfeiture if that property “is stolen, smuggled, or clandestinely imported or introduced.” To satisfy the “contrary to law” requirement, the government alleged that the thief had violated the NSPA by stealing Le Marché from the Musée Faure back in 1981, transporting it into the United States, and then consigning it to Adelman. Davis submitted that the district court committed three errors in its application of the NSPA. Firstly, Davis argued, “contrary to law” referred only to violations of the customs laws, not to violations of the NSPA. Second, Davis said that the district court erred in granting summary judgment to the government on whether Le Marché's value met the NSPA's statutory minimum of $5,000. Finally, Davis argued, Le Marché was no longer “stolen” property within the meaning of Section 1595a(c), and was therefore not subject to forfeiture.

Unfortunately for Davis, the Court rejected each argument. In particular, in relation to Davis claim that she should have been allowed to assert an innocent owner defence, the court noted:
This judgment is an important reminder of requirement for sound due diligence in the purchase of art. Not only did Davis have to pay the costs of a drawn out court action, but she also lost the benefit of her long term investment.

Thanks for the interesting blog!