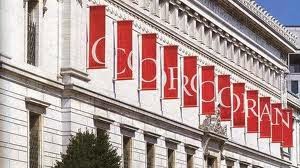 In the Washington Post, David Montgomery reports on a fascinating episode in the tale of contemporary art curatorship. In "Corcoran breakup plan backed by District ahead of hearing; critics seek alternative" he explains that the Corcoran Gallery of Art and Design's dramatic plan to dissolve and reorganize itself with new custodians has received support in the form of an endorsement by District Attorney General Irvin B. Nathan. The Corcoran is Washington DC's oldest private art museum but it has been facing severe financial problems in recent years. Its reorganisation proposal -- which would involve transferring its art college operations to George Washington University and passing a sizeable proportion of its 17,000 artworks to the National Gallery of Art has attracted hundreds of pages of court briefs, not to mention submissions from 53 individuals in their capacity as members of the public.

A public hearing is set for 2:30 pm this Friday before Judge Robert Okun, though it is unclear whether he will give a ruling straight away, delay it or order further proceedings.
Posted by Jeremy at 23:10:00