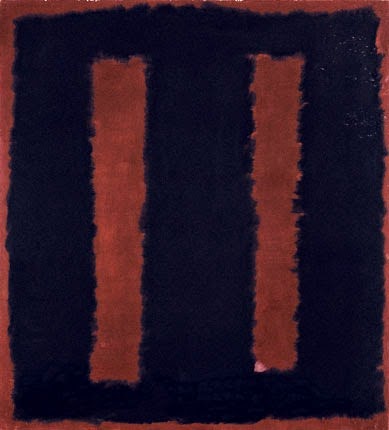 Some months ago I wrote an entry regarding Art Attacks.  For lack of another term of art, an "art attack" is when a famous work of art is defaced or otherwise attacked by another artist--the act of the attack or the resulting "new" work being considered art by the attacker.  One such incident occurred late in 2012 when Mark Rothko's painting Black on Maroon was written on in graffiti pen at the Tate Modern.  After 18 months of work by conservators, the painting has been restored and is now available for viewing at the museum.  Phaidon provides an absolutely fascinating look behind the scenes at what it took to restore the piece.  While Black on Maroon is now considered back to its original condition, the implication of the attack and ensuing restoration on the painting's value is estimated to be a £5 million loss, though the Tate indicates it has no intent to sell the piece.  I certainly hope our London-based readers will take the opportunity to go view this brilliantly restored work in person.