In light of the current situation in Ukraine, the Blue Shield International - an organisation and network which works to protect the world's cultural heritage during armed conflict - has issued a statement. 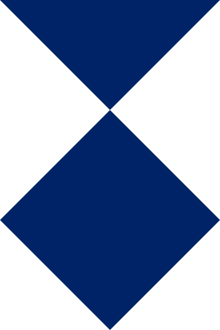 By way of background, Blue Shield International works to carry out the mission specified in the Convention for the Protection of Cultural Property in the Event of Armed Conflict with Regulations for the Execution of the Convention 1954 (the 1954 Hague Convention), which regulates the conduct of nations during war and military occupation in order to assure the protection of cultural sites, monuments and repositories, including museums, libraries and archives.


Key extracts are as follows:


"Following the civil conflict that has been shaking Ukraine, the Blue Shield wishes to express its deep concern regarding the safeguarding and protection of the country's invaluable cultural and historical heritage, as well as the institutions that house them and the people that care for them.

Ukraine's museums, libraries and documentary heritage, monuments, churches and monasteries are under risk of threat from looting and destruction. The international heritage community wishes to warn of the potential harm that cultural property may suffer.
Reports regarding damages endured by the Kiev History Museum have given the Blue Shield and its members reasons for concern. The destruction of monuments linked to the political history of Ukraine is also at the forefront of the cultural community's concerns...

Ukraine has been a State Party to the 1954 Hague Convention...and its first Protocol since their ratification on 6 February 1957. Ukraine is also a State Party to the 1972 Convention Concerning the Protection of the World Cultural and Natural Heritage since its ratification on 12 October 1988. Ukraine's 2004 International Humanitarian Law Manual clearly states that personnel responsible for the defence and protection of cultural property are "protected under international humanitarian law" and that directing attacks against such persons or "clearly identifiable cultural property" constitutes "a serious violation of international humanitarian law". Cultural property is clearly defined within the manual as being "objects of great importance to the cultural heritage of peoples [and] that play an important role in their spiritual life." These include, among others, works of art and religious or secular monuments.

The ratified international conventions, Ukraine's specific legislation, and customary international law impose on nations the obligation to protect their cultural heritage in times of armed conflict. The Blue Shield calls on all parties concerned to fulfil these obligations and to protect the outstanding cultural heritage sites and repositories located within Ukraine."