Christie's conditions of sale found to be reasonable

The case concerned a painting called “Odalisque” which the claimant, Avrora Fine Arts Investment Limited (“Avrora”), bought at an auction held by Christie's. The painting was said to be by a famous Russian artist Boris Mikhailovich Kustodiev. However, after the sale, an art dealer who had been asked to view Avrora's collection expressed doubts about the authenticity of the painting, and certificates were later obtained from Russian museums stating that the painting was not by Kustodiev. 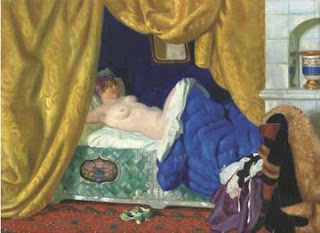 The sale was conducted pursuant to Christie's' conditions of sale. These included a limited warranty enabling a buyer to cancel a sale and obtain a refund in the event that the item sold was found not to be authentic. They also provided that all statements made were statements of opinion; that, subject to the limited warranty, Christie's would not be responsible for errors and omissions in the catalogue; that each item would be sold "as is"; and that, subject to the limited warranty, no representation, warranty or guarantee would be given in respect of matters such as attribution, authenticity and provenance.

Avrora brought the claim to cancel its purchase of the painting and get a refund pursuant to the warranty given by Christie's. It also made claims against Christie’s for negligence and misrepresentation under the Misrepresentation Act 1967.

In respect of the first claim, the Court held that since the evidence indicated quite strongly that Kustodiev was not the painter, Avrora was entitled to cancel its purchase of the painting and to recover the money paid.

The Court then turned to Avrora’s claims under the Misrepresentation Act – that Christie's (i) had been negligent in attributing Odalisque unequivocally to Kustodievd; and (ii) had impliedly represented that it had reasonable grounds for attributing “Odalisque” unequivocally to Kustodiev when it did not in fact have such grounds. Both claims raise issues relating to the “requirement of reasonableness” in the Unfair Contract Terms Act 1977 (“UCTA”).

On the first point, the Court said that Christie's' conditions of sale made it clear that it was not assuming responsibility to Avrora. Therefore, the negligence claim must fail unless the conditions were found to be contrary to UCTA. However, on the second claim, the court found that a misrepresentation had been made as it was clear that Christie's had not only warranted that Odalisque was by Kustodiev but had represented that this was its opinion. Since Christie's was giving its opinion as well as a warranty, it had impliedly represented that it had reasonable grounds for holding that opinion.

The Court then considered UCTA. Avrora had submitted, that UCTA applied and Christie's' conditions failed the requirement of reasonableness as required under the Act since they would, if effective, preclude a negligence claim against Christie's. Christie's said that UCTA did not apply. The Court found that UCTA did apply as: "the conditions did “[part] company with reality” insofar as they negated the assumption of responsibility. The reality was that Christie’s had taken responsibility for the attribution of “Odalisque” to Kustodiev. It stated that that was its opinion; it gave Avrora a warranty to that effect; it indicated that its views reflected research (for example, by presenting itself as a centre of excellence and, more specifically, by explaining in the “Important Notes and Explanation of Cataloguing Practice” that more qualified catalogue entries – e.g. “Attributed to …” - were “based upon careful study” and represented “the opinion of experts”, tending to suggest that an unequivocal attribution would be too); and it was intending to charge the buyer a substantial premium."

- there was no question of Avrora being left without a remedy if “Odalisque” proved not to be by Kustodiev, since Christie’s was giving a warranty;
- it was not unreasonable for Christie’s to exclude its liability in the event that the authenticity of the painting was incorrect;
- while Christie’s only contracted on its own standard terms, Avrora is a vehicle for a particularly rich man and it was under no economic imperative to deal with Christie’s if it did not wish to; and
- Avrora appeared to have some familiarity with Christie’s’ terms, and in any event could reasonably be expected to know of them.

Accordingly, the relevant parts of the conditions were not invalidated by UCTA and so could serve to bar the claims for negligence and misrepresentation.

To summarise, therefore, Christie's can continue to conduct business under its standard conditions of sale, under which it can contract out of liability in relation to the lots it sells. However, if it is established that a painting bought at a Christie's auction, under those conditions, is a forgery, the purchaser should be entitled to cancel the purchase and claim a refund of the money paid.
Posted by Simone at 14:57:00