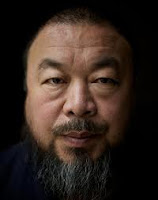 As we reported back in April, Ai Weiwei filed a lawsuit against the Beijing tax office claiming that it had violated the law when it imposed a $2.4 million penalty on his company for unpaid taxes and fines. Today, a Beijing court rejected his claim.

The Associated Press reports that:


The [Chaoyang District People's] court rejected the lawsuit on the grounds that the reasons given by the design firm in seeking to have the tax penalty revoked did not hold water, according to a copy of the verdict seen by The Associated Press.

The court said, for example, that the company was wrong in arguing that financial accounts seized from Ai's studio by police should not be used as evidence in the tax authority's investigation against the firm. It said tax investigators are allowed to use information sent to it by other departments or organizations. ...

The court ... rejected lawyers' requests to see evidence against the company, produce witnesses and have an independent auditor verify figures.

Representatives of Ai said that the ruling was made "totally without reason" but that it came as no surprise, and vowed that the ruling would be appealed, including the company's legal representative Pu Zhiqiang, who said "We have lost this lawsuit but we believe that our action in reality can serve as a symbol of the awakening of civil consciousness....We do not recognize the legality of the ruling."

Ai, himself, who was not allowed to attend the hearing is said to have told reporters that:


"Today's verdict means that after 60 years of the founding of our nation, we still lack the basic legal procedures, the truth is not respected, and they do not give taxpayers or citizens any rights to defend oneself."

"The whole legal system is in a dark state right now."

This decision is the latest obstacle Ai Wei Wei's freedom from oppression by the Chinese authorities. He remains unable to leave the country and is under constant police surveillance. At this stage, it is difficult to predict what his next move will be.