If you're a man -- don't look! But is it discrimination? 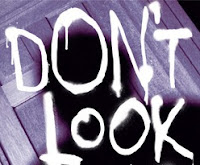 SBS.com reports today on a complaint that the banning of men from watching images of Muslim women without veils in an exhibition due to open in New Zealand next month constitutes unlawful discrimination. The exhibition is to be held at the Dowse Art Museum, Wellington. The Dowse is hosting the world premiere of an art installation which includes a video by Qatari writer and film-maker Sophia Al-Maria called "Cinderazahd: For Your Eyes Only". The video features women getting ready for a wedding without wearing hijabs, or veils.


"I've bought into the fact that we take this work on the proviso that no men see it. We respect the artist and the privacy of the women who are portrayed."

However, a man by the name of Paul Young has complained to the Human Rights Commission and it is reported that Nicholai Anderson, a senior associate at the law firm Chen Palmer, has said that banning men would be unlawful discrimination by the museum or the people displaying the work, both under New Zealand's Human Rights Act and its Bill of Rights Act. While people had rights to their own religious beliefs, he explained, the laws of New Zealand, this was discrimination on account of one's sex.

While the Human Rights Commission has yet to comment on the issue, Al-Maria has issued a statement that images should be treated as privileged and private, for women's eyes only.
Posted by Jeremy at 18:06:00

> ... images should be treated as privileged and private, ...

Private images aren't displayed in museums. One cannot have one's cake and eat it also.