Germany's knuckles rapped by the EU


It's not often that governments are told off for undercharging on taxes. But Germany has been told that it must increase the 7% VAT rate it currently requires on works of art and collectors' items up to 19%. According to the European Commission's press release, member states of the EU are only allowed to charge reduced rate VAT on a specified list of goods and services - upon which works of art do not feature. 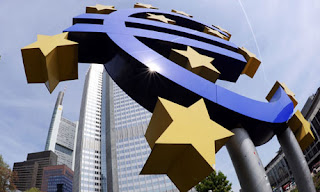 The Commission has therefore issued Germany with a 'reasoned opinion' (the second step in EU infringement proceedings) stating that the VAT rate on art must be increased to the standard amount in order to avoid competitive distortions within and between Member States.

Distortion or not, German galleries are not impressed with the Commission's thinking. Many, including the Deutscher Kunstrat (German Council of Fine Arts) and the Federal German Gallery Association, are trying to prevent the threatened tax increase. Some have also pointed out that German galleries are already required to pay additional taxes which those in other countries are not, and that the artists' resale right is strictly enforced in Germany - leaving them particularly vulnerable.

Germany has until the end of April this year to bring its VAT laws into compliance. If it does not do so, the Commission may choose to refer the matter to the European Court of Justice.