Arts Council cuts: what's in it for the lawyers? 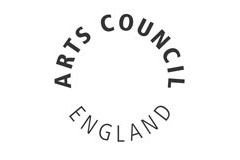 Arts Council England is at the centre of several different storms following this week's announcements as to which bodies were to receive more, the same amount or (in most cases) less or nothing by way of public subsidy following the UK Coalition Government's 6.9 per cent financial crisis-driven budget cut. Some people maintain that, at a time when the national health and social services are hit with cuts, it is irresponsible to give the body any money at all. Others say that it is precisely because there's a financial crisis that we should support the institutions that reflect our aspirations, our humanity and our cultural diversity.  Then sectoral snipers, supporting their own favoured theatrical, visual, mixed media and other causes, seek to strengthen their own side by attacking those with whom they compete.

Writing as a dyed-in-the-wool intellectual property lawyer with little familiarity of modern public law, I have been wondering whether we might expect any legal challenge to the current round of funding allocations by invoking the increasingly popular device of the judicial review. If there are any readers whose knowledge of that practice area exceeds mine (that should be most people!) and who are willing to explain the bases on which Arts Council grant-funding can be challenged, can they please let us all know.
Posted by Jeremy at 15:20:00