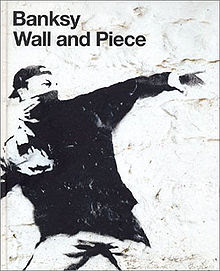 Banksy’s identity is a closely kept secret and although several newspapers have claimed to have unmasked him, this has never been publicly confirmed.

However, whilst anonymity may a good thing from an artistic and personal perspective, it has its drawbacks, particularly if you want to intervene in Russian court proceedings.

As Simone published previously, Banksy has been following the fate of the Moscow based Voina art collective. Two of their members Oleg Vorotnikov, 35, and Leonid Nikolayev, 27 have been in prison since November 2010 after Palace Revolution, a piece of performance art in the centre of St. Petersburg, was considered to be more criminal than artistic. The performance art in question involved turning over police cars in an anti-corruption protest which police claim caused thousands of pounds worth of damage.

Banksy organised an online fundraiser which raised the required bail money (approximately £80,000) but last Friday, a judge refused to accept the money due to a "lack of information about the person providing the money." The two Voina artists’ fate remains unclear. Even if bail is granted, they are facing up to seven years in prison, in what appear to be less than savoury conditions. A response which Russian art community has denounced as excessive. 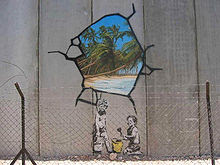 Sources: Art Info and The Guardian
Posted by Rosie Burbidge at 16:52:00