The Eagle swoops, the Eye Droops: graffiti goes to court

"Graffiti copyright battles pitch artists against advertisers" is the title of a fascinating piece by this blogger's friend Enrico Bonadio (Senior Lecturer in Law, City University, London), where he teaches Intellectual Property Law and EU Law. Enrico's piece reads as follows, in relevant part (minus links):


" ... A legal row between Miami-based street artist Ahol Sniffs Glue (“Ahol” – or David Anasagasti to his mother) and the clothing retailer American Eagle Outfitters is the latest instance of a growing number of spats. The artist recently sued for copyright infringement in a US federal court after American Eagle began using his work in their promotional material.

Ahol is known for his signature “droopy eyes”, variants of which appear all over Miami. Earlier this year, when looking to support its spring collection advertising with an eye-catching urban touch, American Eagle started using Ahol’s artwork. Droopy eyes popped up on its web adverts, billboards and in-store displays worldwide as well as on Instagram, YouTube and in storefronts across the world. At an opening in Colombia, the store even allegedly hired local street artists to recreate Ahol’s original, complete with American Eagle logo. 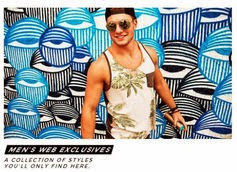 One of the images the multinational company used on its billboards depicts a male model wearing American Eagle clothes while standing in front of a legal mural by Ahol named Ocean Grown, after a gallery that commissioned and hosts the work. In the most brazen touch of all, the model carries a spray paint can. Clearly the advertising is not just looking to appropriate the visual effect of the nice background; it’s attempting to grab some of street art’s illicit cool by implying the model had painted the work himself.

Paintings on walls are no different from other artistic works – and they therefore satisfy the requirements for copyright protection, including originality. This it particularly true of legal graffiti works such as the ones created by Ahol in Miami and (mis)appropriated by American Eagle. It would make no sense to deny copyright protection to works that have been legally commissioned.

But still, even illegal graffiti deserves copyright protection. Possible wrongdoings committed by street artists (trespass, vandalism and so on) concern the process through which the works are done: painting on a wall or train, for instance, without the authorisation of the property owner. ...

Street artists thus might find in copyright law an ally, a friend that can help them in giving added value to their works and reacting to “art stealers” and (why not?) making money out of their job, and their passion".

Copyright should be the ally of every artist, and the fact that the graffiti constitutes a criminal act of vandalism or unlawful interference with property should not affect that.  But there is a sense in which unauthorised and uncommissioned graffiti is somehow "public" property too. One can understand why the owner of the wall or other medium (train, truck or whatever) might feel entitled to indulge in some exploitation of a work, commercial or otherwise, if it has been foist upon him against his will -- but why should a third party such as the proprietor of a garment brand be so entitled?

Thanks are due to Chris Torrero for supplying the relevant link.
Posted by Jeremy at 12:44:00