France's art world has been in uproar this week over a proposal that art works should be subject to a wealth tax.

Currently, only assets such as real estate and cash are included when calculating a person's wealth for tax purposes. But a new bill to reform the wealth tax was to have provided that where a person owned any art work worth over €50,000 that too would be factored in when assessing their wealth for tax purposes.
The bill had been backed by budget minister Jérôme Cahuzac and passed by the Assemblée Nationale (France's lower house) as a means of reducing France's budget deficit. But France's top museums, including the Pompidou, Musée d'Orsay, Versailles and the Louvre wrote a letter to the government saying that the proposal would seriously damage the art world in France. The letter, quoted in daily paper Libération, said that the museums feared that the proposed tax would lead to art collections leaving the country as owners no longer wished to keep them in France. It also argued that French owners of artworks would no longer be willing to lend to French museums and galleries, 'for fear that if they are put on display they [the owners] will be identified'. 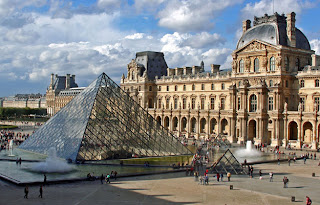 Daily paper Libération said the proposal was 'grotesque' and would 'disorganise the fragile ecosystem that allow exhibitions to come together, art historians to work, and [France's] cultural institutions to draw in visitors', Reuters reported.
Responding to the growing outrage, Prime Minister Jean-Marc Ayrault stated this week that the government will oppose the proposal. Arguably of course those owning over €50,000 worth of art would in fact be well placed to pay additional tax. But it seems that such a publicly unpopular measure was not worth the negative publicity, especially since in any case the addition of artworks to the wealth tax was expected to raise only a few million euros.