Though the title may suggest the result of a great party over the weekend, it actually refers to the most recent copyright battle set in Hollywood. The movie “The Hangover Part II” hit screens across the world at the end of May, bringing in $16.4 million in the UK alone, but unfortunately not all were happy with the film's release (and not just the audiences).

Prior to the film's release, a US tattoo artist filed a claim in the Federal District Court for the Eastern District of Missouri against Warner Brothers Entertainments for copyright infringement.

The claimant and tattoo artist, S Victor Whitmill, is the artist responsible for the well-known tattoo on Mike Tyson's face, which he created and applied to Tyson in 2003. At that time, Whitmill claims, it was agreed that he would own the work, and thus the copyright in the tattoo. 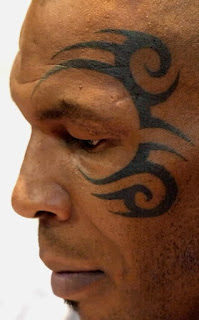 For those that have not seen the movie or the preview, or indeed heard of it, one of the characters wakes up with a copy of Tyson's tattoo on his face. 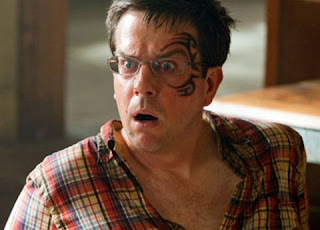 No permission was sought from Whitmill to reproduce the tattoo, nor was he credited. Accordingly, Whitmill sued for copyright infringement prior to the film's release seeking an injunction against all use and display of the tattoo as well as damages.

In a huge reply – dwarfing the claim at 149 pages to 9 pages – Warner Brothers said that the effect of a preliminary injunction would be devastating in terms of the economic losses they would incur. They also argued that there were no merits in Whitmill's claim as there was no legal precedent for a claim to copyright in a tattoo, and, alternatively that there was “fair use” of the tattoo.

It is clear, given that the film was released, that the preliminary injunction was denied and Warner Brothers were successful in the first round. The judge accepted that to prevent the release of the film would cost Warner Brothers as much as $100 million, but also, and more importantly, it would affect thousands of other businesses which would also be losing money. Therefore, it was not in the public interest to stop the release of the movie.

However, the judge reportedly made it clear that Whitmill had a sound claim, saying that he had a “strong likelihood of prevailing on the merits for copyright infringement” as “of course tattoos can be copyrighted...They are not copyrighting Mr. Tyson’s face, or restricting Mr. Tyson’s use of his own face, as the defendant argues, or saying that someone who has a tattoo can’t remove the tattoo or change it, but the tattoo itself and the design itself can be copyrighted, and I think it’s entirely consistent with the copyright law.” Further, the judge is said to have found that that most of the arguments put forward by Warner Brothers were “just silly.”

In light of these pronouncements, it is probable that Warner Brothers will seek to settle with Whitmill out of court rather than pursue their defence. The question will thus unfortunately not be whether copyright subsists in a tattoo and how it is infringed, but rather how much it will cost Warner Brothers. Then again if Whitmill maintains his demand for $30 million to settle, we could be lucky and get some more conclusive answers from the court.